Pastor Laurie Haller is busy this week because it's a special season in the Christian year. It's Easter time. The week before Easter is called Holy Week because it includes the re-telling of the Easter story when Jesus Christ entered Jerusalem on Palm Sunday, shared the Last Supper with his disciples, then was tried and convicted and put to death on the cross on Good Friday. Three days later He rose triumphantly from the grave on Easter morning, returned to speak with his disciples, and then ascended into Heaven where He lives. His life and resurrection gives great meaning to Christians--hope, forgiveness, and everlasting life.

When Pastor Laurie was a little girl, she felt a longing to tell the story of Jesus and share His love and kindness. Through her ministry, she wanted  to help transform this world into a better place for everyone.

Excerpt from the chapter, Serving God, about Pastor Laurie in the Girls Succeed book.

Growing up in the lush, green countryside in Pennsylvania Dutch country in southeastern Pennsylvania, Laurie was able to live in the midst of God’s handiwork.  The magnificent, fertile rolling hills provided farm families with bountiful harvests and open space for grazing animals.  Laurie loved playing outdoors. She, her two brothers, and sister attended the Mennonite church with their father and mother.  The people in this church set her on the path to knowing and loving God and her desire to serve God as a pastor.
“I felt called to be a pastor when I was a little girl, but women were not allowed to be pastors in my denomination, the General Conference Mennonite Church. I decided to study church music in college and graduate school with the idea that I would serve as a Director of Music in a church,” Laurie said.
However, when attending graduate school, she discovered there were women preparing to be pastors in her classes at the seminary. The seminary is a university that teaches students who want to work in the field of religion. Still feeling the call within her to serve God, Laurie enrolled in the seminary after completing her Masters in Music degree. She studied to become a pastor.
Laurie had never met a woman pastor, but she knew several male pastors whom she admired.  She had to discover her place as a woman in this job.  By the time Laurie graduated from the seminary, the General Conference of the accepted women as pastors.  She was ordained which means she was received into the ministry of the church.

You can learn more about Pastor Laurie and her career as a Christian minister in Girls Succeed: Stories Behind the Careers of Successful Women. The e-book is available at Amazon, Smashwords, and major online retailers.

Questions, comments, waves and hugs gladly accepted. Send them along in the comment box below. I love to hear from readers. 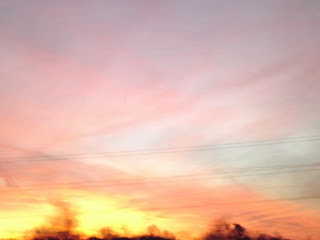 It's a new season, so I chose a new "look" for the Girls Succeed blog. What do you think? A new header and background to freshen it up. I loved the circles background, but it didn't compliment the beach photo. I'll probably change it for summer. This was taken at a beach near Sarasota, Florida. 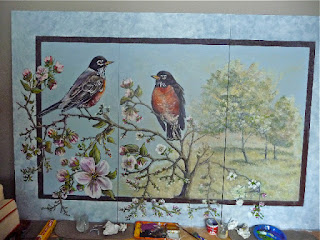 Spring signals a new beginning. The earth wakes up from a long, dormant winter in our part of the country. Spring flowers pop up, birds sing, and there's a freshness in the air. The warm spring showers water the seeds in the garden so they begin to sprout.

What a beautiful time of year! I just wanted to celebrate it with you, my readers.

Tell us about spring in your part of the world.

An important film, Girl Rising, is opening in the USA. Amazing in its width and breadth exploring the lives of girls on this planet. It is a close-up view of lives of girls and the importance of girls getting an education.

You can find out more about the movie and locations where it is being shown in your area. I haven't seen the entire movie, but I hope I get the opportunity this spring. To learn more about this project go to the Girl Rising website.

What are your thoughts on girls and education?

Did you see the movie? Tell us about it. Did it make a difference in how you think? how you perceive your world?

Please share your feelings by leaving a comment below. Thank you.
Posted by J.Q. Rose at 5:06 PM No comments:


WORDS OF SUCCESS
"It must be borne in mind that the tragedy of life doesn't lie
in not reaching your goal. The tragedy lies in having no goal
to reach. It isn't a calamity to die with dreams unfulfilled,
but it is a calamity not to dream. It is not a disaster to be
unable to capture your ideal, but it is a disaster to have no
ideal to capture. It is not a disgrace not to reach the stars,
but it is a disgrace to have no stars to reach for. Not
failure, but low aim is a sin."
~ Benjamin E. Mayes ~
American minister, educator, scholar, social activist
and the president of Morehouse College in Atlanta, Georgia from 1940 to 1967
Reprinted from Hope Clark's Funds for Writers Newsletter Feb. 15, 2013
Posted by J.Q. Rose at 2:48 PM No comments: 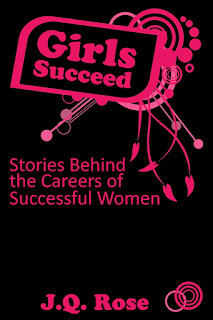 Want to know how I decided to write this book for girls? Check out Scottish author Rosemary Gemmell's blog to get the story behind the inspiration for writing Girls Succeed!
Posted by J.Q. Rose at 11:56 AM No comments:

Look at what young women can do! Great examples of sportsmanship.


Look at what young men can do too!