Our guest on Girls Succeed today is Jamee Kinzer. When I asked her what her job was she said "musher." She saw my puzzled face, so she explained she is a dogsledder. Jaimee is from Idaho and works in the state of Alaska where there is a lot of ice and snow in the winter. 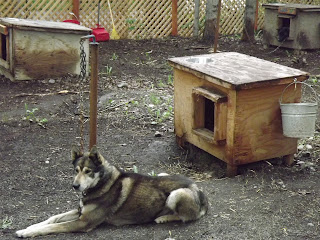 The native people used strong dogs to pull items on long sleds across the snow. Later residents used the dog sled trails to deliver mail and haul out furs. Gold miners packed out their gold finds. 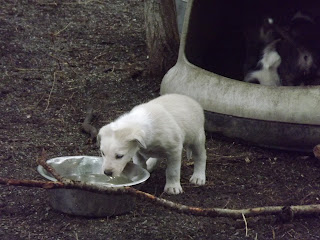 Today dog sledding is a racing sport. Teams of dogs race across the winter snow-packed ground to compete for prizes. The most well-known race is the Iditarod which is a 1000 mile trip from Wasilla, AK to Nome, AK.

Jaimie became interested in dog sledding when her brother decided to take up the sport. Jaimee helps with the pups. What a special job that is. Who can resist these little guys?

Welcome!
Come on in to the Girls Succeed Blog.
This is the very first post so we are celebrating. 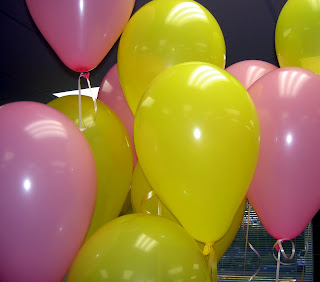 Let the party begin! I have delicious cheese cake, chocolate cake, marble cake, a huge bowl of fresh, colorful fruit, and all the soda pop (we call it pop in Michigan) you could ever dream of. Ice cream is at the end of the table. The punch bowl is over there in the corner. Help yourselves.

I am thrilled you found us. On this blog we are going to share stories about wonderful women who were once upon a time, girls like you. We'll learn about their dreams and how they succeeded in making their dreams come true.

We'll also learn about their dream careers and explore areas of interest to you.

You are welcome to leave a comment with suggestions for careers you are interested in pursuing. Thank you for visiting today.

Did you ever think about being a musher? Yep, that's a dog sledder. The next post is about Jamie, the dog sledder. Check it out!
Posted by J.Q. Rose at 10:08 PM 1 comment: