I am thrilled to let you know Girls Succeed has updated information, new links, AND a new book cover! 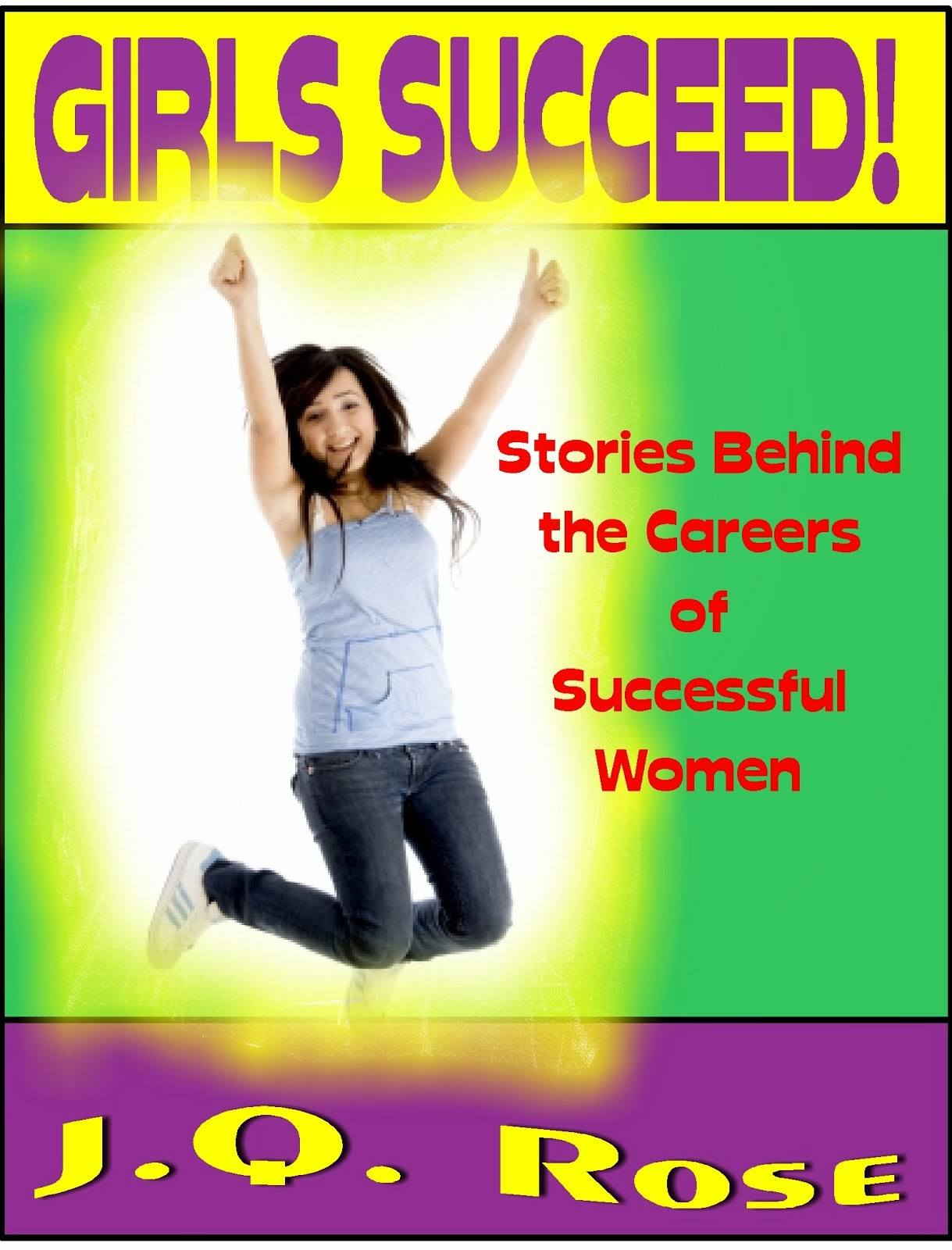 Does this jumping girl make you smile? Thanks to imagerymajestic for this image on the new cover to indicate the joy of girls when they succeed.

The links to information about the women and their careers are all current at this writing. But, as you know, the web is always evolving, so I found more links and deleted ones that were not available anymore.

Re-reading the book was like visiting with old friends. Once again, I was impressed with these women who are wonderful role-models for girls. The paths they took to achieve their dream jobs are ones which will inspire and empower girls to never give up on their dreams.

Because of the Wingtip to Wingtip Association float in the 2014 Rose Parade, the 1102 women who served their country as Women Air Force Service Pilots (WASP) are receiving recognition for their contribution to the war in 1942-1944. These brave trailblazers dreamed of flying for their nation. Because there was a shortage of male pilots for combat duty, the women pushed to become pilots in order to free up the men for fighting the war. The WASP group members were assigned to ferry military planes between military bases in the USA and flights from aircraft factories to ports of embarkation. They also towed targets for live anti-aircraft artillery practice, simulated strafing missions, and transported cargo. A few exceptionally qualified women were allowed to test rocket-propelled planes, to pilot jet-propelled planes, and to work with radar-controlled targets.

The courageous women were not considered members of the military and received no recognition as veterans until 1977 when the WASP records were unsealed. According to Wikipedia, on July 1, 2009 President Barack Obama and the United States Congress awarded the WASP the Congressional Gold Medal. During the ceremony President Obama said, "The Women Airforce Service Pilots courageously answered their country's call in a time of need while blazing a trail for the brave women who have given and continue to give so much in service to this nation since. Every American should be grateful for their service, and I am honored to sign this bill to finally give them some of the hard-earned recognition they deserve."

The Girls Succeed blog salutes the WASP who opened the skies to later generations of female pilots in the military. Thank you to all those who serve in the USA military service both past and present.

For more information about the WASP and the float watch the CNN video below: