CONGRATULATIONS
TO THE USA WOMEN'S HOCKEY TEAM
ON WINNING THE 2018 OLYMPICS GOLD MEDAL!


What a battle for the gold--USA vs Canada! Evenly matched teams played a thrilling game that ended with a shoot out. History in the making for these fabulous, skilled women. HUGS and High-Fives to all!

Olympic Gold Medalist Angela Ruggiero was a member of the gold-winning 1998 team. I interviewed her for the book, Girls Succeed! Stories Behind the Careers of Successful Women. She certainly didn't begin her amazing career as a skilled skater. Read on.

Angela Ruggiero, proud member of Team USA, stood on the Olympics’ podium to accept the gold medal as the whole world watched.  Team USA Women’s Ice Hockey team earned gold medals for their outstanding play against the worlds’ best teams.  This was a moment she would remember for her lifetime.
When she was seven years old Angela began playing ice hockey with her older sister, Pamela, and younger brother, Billy, at the local ice rink where she developed the skills and speed.
But Angela’s first step into the ice rink did not go well for her. After many stumbles, slips, and falls, she reached the wall of the ice rink.  She held on to it to keep her upright as she inched her way around the enormous rink.  She gained a little more confidence and learned how to manage all the weight and limitations of the hockey gear. She began to let go of the wall and try longer strides.  She was determined to get up some speed.  And finally, after two hours, Angela loved skating!  She didn’t want to get off the ice when her time was up.
When Angela was nine years old, she became aware of the problem of being a girl playing in a boy’s sport.  Angela was not a petite little girl.  She was strong and athletic and could keep up with the boys.  Her skills in ice hockey matched and surpassed many of the boys her age.  But when a team was selected to play a special tournament in , Angela was chosen only as the first alternate.  This meant that only if a team member were sick or injured, Angela would be allowed to play.
Angela didn’t wish for someone to be sick or hurt, but she really wanted the chance to play in the tournament. When her brother, Billy, and her dad arrived at the airport to fly to Canada with the team, the coach told them that two boys were sick and couldn’t play in the tournament.
“I’ll call Angela to get ready and go pick her up,” Mr. Ruggiero told the coach.
But the coach said, “No, that’s not necessary, Bill.  She’s a girl.”
Although she was heartbroken when her dad told her she couldn’t play for Team California because she was a girl, she never wanted to quit.  Instead, she became more determined than ever to be the best player she could be.  She didn’t try to get even by knocking the boys down or hurting them, but she did decide to outsmart them with her outstanding skill and maneuvers.


To learn more about Angela Ruggiero, check out Chapter 10, Showing the Boys, in the Girls Succeed interactive e-book.


Hello and welcome to the Girls Succeed Blog!

Today I want to introduce you to a remarkable woman, Dr. Mary Temple Grandin.
According to wikipedia, she is an American professor of animal science at Colorado State University, consultant to the livestock industry on animal behavior, and autism spokesperson.
Not only is she a brilliant doctor/scientist, she is also a woman who is opening up the mystery of autism from the inside. Temple is autistic. 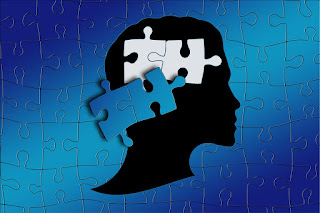 Autism is a developmental condition in the brain.
photo from pixabay

Autism is a pervasive neuro-developmental condition which effects a person’s ability to communicate and interact with others. People with autism may have a difficult time understanding ‘typical’ social cues and social behaviors, and they may face challenges engaging with those around them — either by using words or non-verbal behaviors. --The Global Autism Project Click here for the entire article.
Autism, or autism spectrum disorder (asd), refers to a broad range of conditions characterized by challenges with social skills, repetitive behaviors, speech and nonverbal communication, as well as by unique strengths and differences. We now know that there is not one autism but many types, caused by a combination of genetic and environmental influences.--Autism Speaks
Temple's Life
Temple wrote about her life as an autistic person. Her voice led to a better understanding of autism which has helped in working with people with the condition and making their lives better.

Temple never talked until she was almost 4 years old. Doctors wanted to send her to an institution and keep her away from society, but her mother would have none of that. Her mom stood up for Temple and found speech therapists and private schools to educate her. She loved horses and building things.
Going to school and fitting "in" wasn't easy for Temple, but with her mother's support and love and her determination, Temple graduated with a degree in animal science and went on to become a doctor in animal science.

Learn more about Temple and her life in this video.
Video: Home and Family Life--Temple Grandin

Do you or someone you know have autism? Tell us about it in a comment below.