Folks in the North Country may not be seeing tulips yet, but according to the calendar, spring has sprung. Tulips are so hardy. Every year the bulbs stay warm and safe in the ground just waiting for the weather to change to sunshine and blue skies. I think there's a lesson in the tulips for us. Patience? What do you think?
This week I'll be taking a break from the blogging, but I'll be back next week.

Wishing you blue skies and sunny spring weather!
Posted by J.Q. Rose at 8:16 AM No comments:

Could You Be an Entrepreneur? Meet These Successful Young Women Business Owners

So much opportunity for girls in the electronics, IT technology world. Silicon Valley, hotspot for Internet driven businesses, is encouraging more women to be a part of this fascinating world.

Women in business are encouraging girls to start up their own businesses, to become an owner, an entrepreneur. Check out the video below to meet young women who are successful female entrepreneurs in this age of Internet access.

L'Oreal awarded their annual Next Generation Awards to Sukhinder Cassidy of JOYUS, Heather Marie of 72LUX, and Kelsey Falter of Poptip. Watch this interesting discussion about young women starting their own businesses.

As a girl growing up, I was called bossy. And I was! LOL...I was smart and I could organize people. I was the one who held my hand up to answer the questions the teacher asked. I had friends around me and enjoyed being in a group.

Then sixth grade hit. All of a sudden I felt like I'd better not answer the questions or be smart because boys didn't like smart girls, and I wouldn't fit in if I stood out and took the lead on projects and headed organizations.

Middle School is a tough time for girls who are searching to find out who they are. Their bodies are changing and their emotions are on the surface. They are given more responsibility which will require them to move away from childhood ways. This is a time which can crush a girl's initiative because she doesn't want to be different from her peers, but rather to fit in.

A group of successful women  are trying to encourage girls not to pull away from taking leadership roles. Leading by example, these three women are speaking up so girls and women will take on roles in leadership.

,The three women, powerhouses in today's world, are Facebook COO Sheryl Sandberg, former secretary of state Condoleezza Rice, and the CEO of the Girl Scouts of the USA. Anna Maria Chávez. Their goal is to ban the word bossy, a negative label they say is too often applied to young girls, and one of the many ways they are discouraged from speaking up.

They hope the Ban Bossy campaign will not only start an open dialogue about women in leadership and their obstacles, but help inspire young girls to speak up and seek out leadership roles early.

How do you feel about the word bossy? Do you believe girls are not encouraged to be leaders? Are you a leader? Leave a comment below. We'd love to get your opinion. 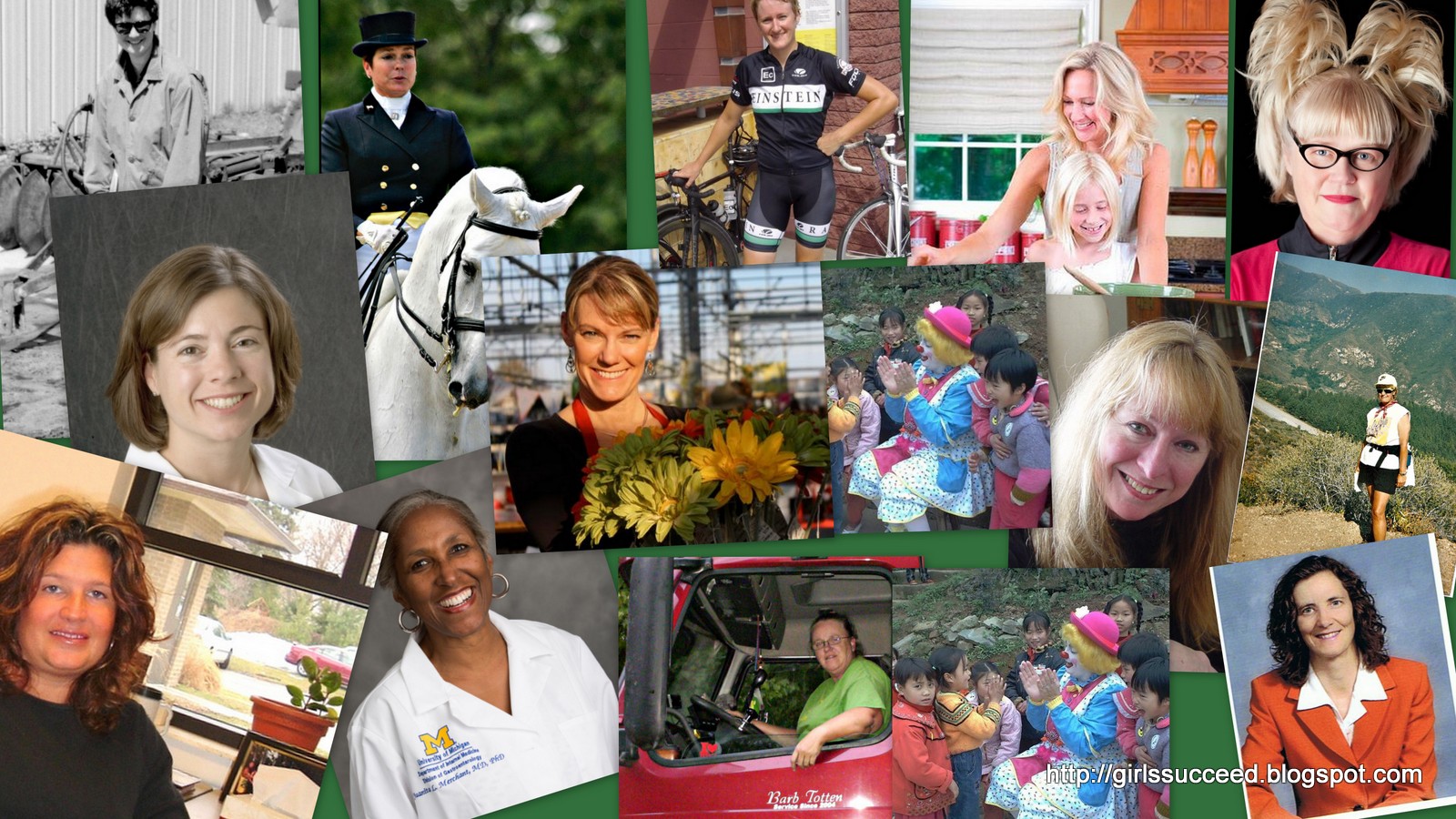 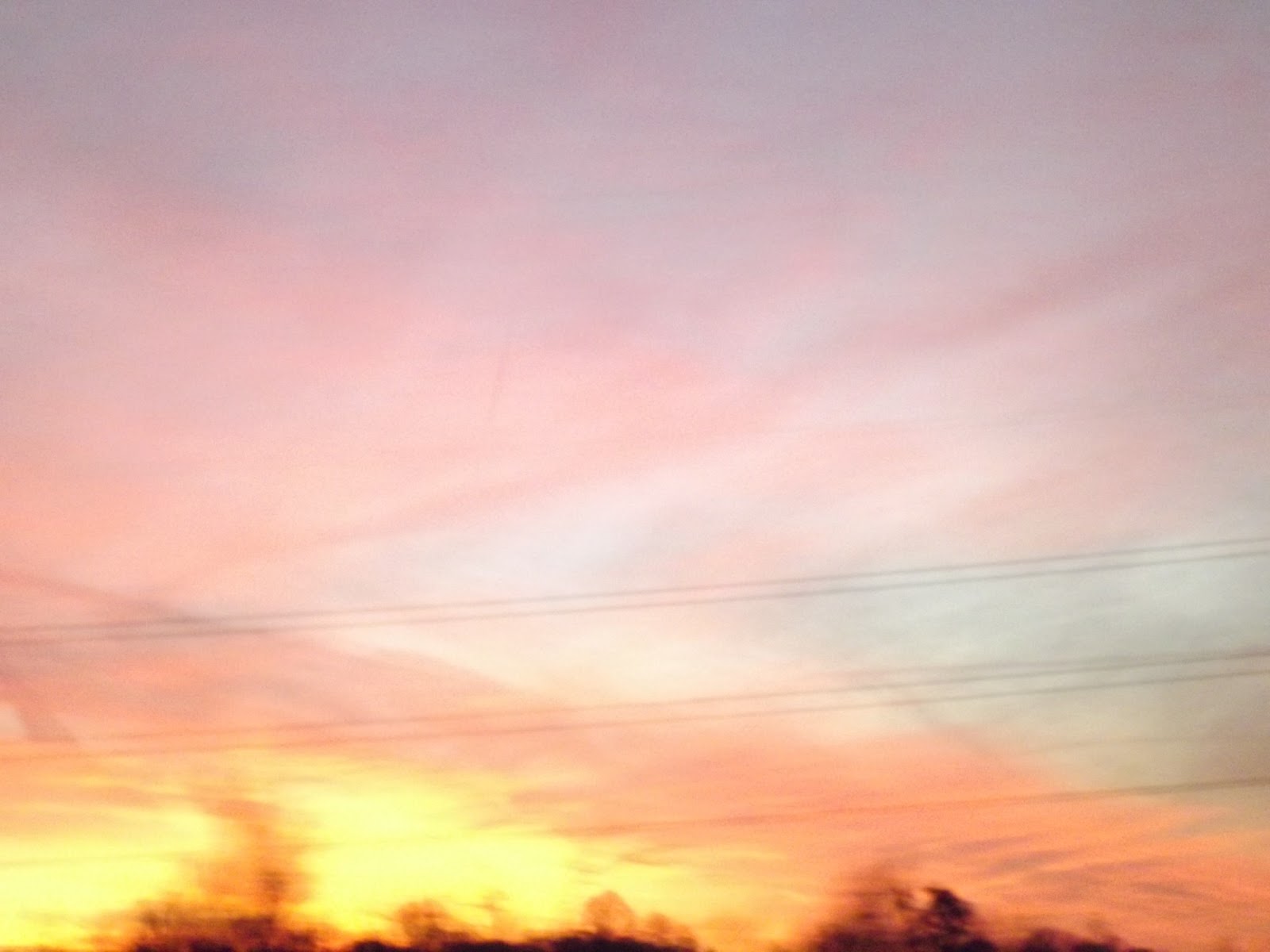 Each year, March is designated as National Women’s History Month to ensure that the history of American women will be recognized and celebrated in schools, workplaces, and communities throughout the country.
This year’s theme, Celebrating Women of Character, Courage, and Commitment,honors the extraordinary and often unrecognized determination and tenacity of women. Against social convention and often legal restraints, women have created a legacy that expands the frontiers of possibility for generations to come. They have demonstrated their character, courage and commitment as mothers, educators, institution builders, business, labor, political and community leaders, relief workers, women religious, and CEOs. Their lives and their work inspire girls and women to achieve their full potential and encourage boys and men to respect the diversity and depth of women’s experience.
The lives and work of the 2014 Women of Character, Courage and CommitmentHonorees span the centuries of American history and come from different cultural and ethnic backgrounds.  National Women’s History Month 2014 provides an excellent opportunity to honor women and their accomplishments
Chipeta (1843 – 1924)
Indian Rights Advocate and Diplomat  Chipeta was a Ute Indian leader, diplomat, and peacemaker who used her influence with Chief Ouray (her husband) to avert a war between the Ute tribe and the White settlers. In 1880 she was included in a Ute delegation to negotiate a reservation resettlement treaty in Washington DC.
Anna Julia Cooper (1858 –1964) African American Educator and Author Anna J. Cooper was an author, educator, speaker, and among the leading intellectuals of her time. Born into enslavement, she wrote A Voice from the South (published in 1892), widely considered one of the first articulations of Black feminism.
Agatha Tiegel Hanson, (1873–1959)  Educator,  Author, and Advocate for Deaf Community Agatha Tiegel Hanson was a teacher, poet, and advocate for the deaf community. In 1893 she became the first woman to graduate from Gallaudet University. Her valedictorian speech argued for the recognition of the intellect of women, a cause she advocated throughout her career.
Katharine Ryan Gibbs (1863 – 1934) Women’s Employment PioneerKatharine Ryan Gibbs founded the Gibbs Schools (1911), providing women with high-level secretarial training and the opportunity to earn their own incomes. Her schools quickly expanded, opening branches near many ivy-league universities, and effectively establishing secretarial work as a desirable occupation.
Frances Oldham Kelsey (1914 – Present)
Pharmacologist and Public Health Activist
Frances Oldham Kelsey is a pharmacologist who, while working at the FDA, refused to authorize thalidomide for market (a drug that later proved to cause severe birth defects). She went on to help establish the rules for clinical trials and directed the surveillance of drug testing at the FDA.
Roxcy Bolton  (1926 – Present) 20th Century Women’s Rights Pioneer Roxcy Bolton is a lifetime advocate and activist for women’s rights. She founded Florida’s first battered women’s shelter (1972) and the nation’s first hospital-based Rape Treatment Center (1974). Her extensive work includes lobbying for passage of the Equal Rights Amendment and convincing NOAA to name hurricanes after both women and men.
Arden Eversmeyer (1931 – Present) The Old Lesbian Herstory Project, Founder
Arden Eversmeyer founded the Old Lesbian Oral Herstory Project (1999), to ensure that the stories of lesbians born in the first part of the 20th century, who were labeled “mentally ill”, fired from their jobs, rejected by their families, and even raped and murdered with impunity, are recorded in history.
Carmen Delgado Votaw (1935- Present)
International Women’s Rights Activist Carmen Delgado Votaw is a leading advocate for girls and women’s rights both nationally and internationally. She served on the International Women’s Year Committee, worked with the first United Nations Conference on Women, and has significantly influenced the advancement of women in Latin America.
Ann Lewis (1937- Present)
Women’s Rights Organizer and Women’s History Advocate
Ann Lewis is a leader of progressive political reform focusing on the importance of civic involvement, health-care reform, economic and work-family policies, and international and national women’s rights. She served as a White House Communication Director and is a national commentator on public policy.
Jaida Im (1961 – Present)
Advocate for Survivors of Human Trafficking
Jaida Im founded Freedom House (2010), the first residential shelter and aftercare program for adult female survivors of human trafficking in Northern California. In 2013, Freedom House opened a similar shelter for girls. The organization already has served hundreds of survivors, offering holistic case management, counseling, and educational and job-training resources.
Tammy Duckworth (1968 - Present)
Member of Congress and Iraq War Veteran  Tammy Duckworth is an Iraq War veteran and US Representative from Illinois. Recognized for her commitment to serving veterans with disabilities, she seeks mandatory government funding of veterans’ healthcare and improvements in transition assistance. She is the first woman with a disability elected to the House of Representatives.
Lisa Taylor (1974-Present)
Civil Rights Attorney Lisa Taylor is a civil rights attorney for the Department of Justice where she has enforced the rights of HIV victims, autistic children, and educational opportunities for minority students. As a Naval Officer she challenged sexual harassment and aided in establishing her ship’s first anti-harassment program.
For more information about these Honorees or National Women’s History Month, visit www.nwhp.org or email nwhp@nwhp.org or call (707)-636-2888.  For promotional materials. Visit Theme and Celebration materials in our webstore.
This article provided by the National Women's History Month website.
Posted by J.Q. Rose at 6:35 PM No comments: