I am thrilled to report that Girls Succeed! Stories Behind the Careers of Successful Women received a five star review from 12-year-old Arianna!  Arianna and her three sisters  review books in their age range on the 5 Girls Book Reviews site.  I’ve had so much fun meeting and working with them. The fifth girl is their mom who is the overseer of the site and active in helping the girls with their writing and posting.

I really loved this book because it proves that if girls put their mind to it, we can accomplish anything! Each inspiring story provides an amazing quote...
My favorite inspirational story is Mackenzie Woodring, because even after sustaining her injuries and losing her sister she still managed to come back and achieve her dream.

You can find the entire book review at the 5 Girls Book Reviews here. 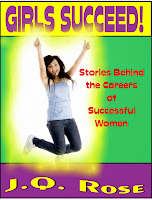 You can win this e-book! I’m giving away the book to a lucky winner. Click the linkto the page at 5 Girls Book Reviews to enter.

Because Arianna was inspired by bike racer Mackenzie Woodring’s story in the book, I thought I’d share an excerpt from the chapter on Mackenzie.

“One can never consent to creep when one feels an impulse to soar.”
Helen Keller, writer, lecturer

After sharing this excerpt from the book, I hope you’ll see why Arianna chose to feature Mackenzie Woodring in her review. Fourteen more women are in Girls Succeed. Maybe one of their careers is the one you are learning about.

* * *
Follow the Girls Succeed! blog so you can be notified when a new post is added. Articles on remarkable women, trailblazing women, and books for Middle Grade and Young Adult books are the topics we discuss here.  You can sign up in the box at the top of the side bar. I promise, NO SPAM!

If you’re interested in sharing an article on a woman you admire, please send the article to me for consideration of publishing it on the Girls Succeed. Click the tab at the top of the page, You Can Write for Girls Succeed or click this link for more information.

Thank you for stopping in today. Remember to enter the drawing for the FREE e-book.

Please take a minute to leave a comment. The five girls and I would love to hear from you.

Back Cover
As the only son to King Kendrick, Owen despises the idea of being king one day. Magician may be the only career he’d like less. He has dreaded the days leading up to his fifteenth birthday, when his father will certainly declare Owen heir to the throne. But at the birthday celebration, his father falls ill. The only person in the kingdom that may be able to save him is a magician–the very same magician Owen holds responsible for the death of his mother.
Owen and his companions will have to travel the continent of Wittatun in search of the cure for King Kendrick. On the journey, they will battle strange beasts and harsh climates, befriend extraordinary magicians, and meet a dragon before returning to Innes Castle–where much has happened in the days since they departed.
# # #

Eric shared his visit to the Wizarding World of Harry Potter on the Travelogue at my blog, J.Q. Rose. Pop over there to see his great photos and narrative. Eric is a true Harry Potter fan. How about you?
About Eric: 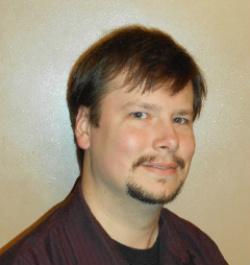 Eric Price lives with his wife and two sons in northwest Iowa. He began publishing in 2008 when he started writing a quarterly column for a local newspaper.

Later that same year he published his first work of fiction, a spooky children’s story called Ghost Bed and Ghoul Breakfast. Since then, he has written stories for children, young adults, and adults.

His second novel, The Squire and the Slave Master, continues the Saga of the Wizards. It is scheduled for a September 2015 release.


For more information and to purchase, click the links below:
MuseItUp Publishing 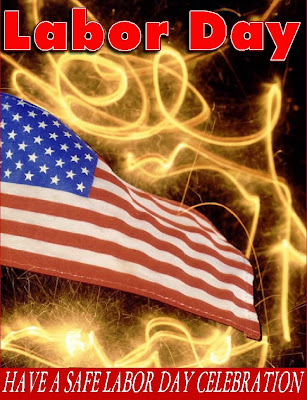 In West Michigan Labor Day signals the end of summer
and time to return to class.
Have a safe and wonderful Labor Day
and an excellent New School Year!!
Posted by J.Q. Rose at 8:54 PM No comments: