Our nation has celebrated this traditional event since 1863 after Abraham Lincoln signed the declaration establishing the day as a national holiday. Before this, only Washington's Birthday and Independence Day were national holidays.

I have a question for your Thanksgiving Day guests and family. Who influenced the President to consider declaring a national Thanksgiving Day? The New England states celebrated Thanksgiving, but it was not a holiday in the rest of the country.

Writer Sarah J. Hale is credited for influencing President Lincoln's decision. She was a persistent woman, writing to five presidents asking for the holiday. She began her campaign in 1846, but it wasn't until 1863 when she finally convinced Honest Abe to support legislation to declare Thanksgiving a national holiday.

The new national holiday was considered a day that could unify the nation after the horrendous Civil War had split the country. Not only achieving recognition for Thanksgiving Day, but also Sarah's legacy is seen in her support of establishing historic sites and in her belief for higher education for women, establishing a college for women, Vassar College.

The idea of educating women was not a popular idea in the mid-1850s. She also was the editor of an influential magazine, Godey's Lady's Book.

And one more item for your trivia game on Thanksgiving Day. Sarah J. Hale wrote the nursery rhyme, "Mary's Lamb," which is now known as "Mary Had a Little Lamb."

***
Can you think of more questions about Thanksgiving to ask in your Trivia game? Please share in a comment below. Thanks. Oh, and don't forget to include the answer!! 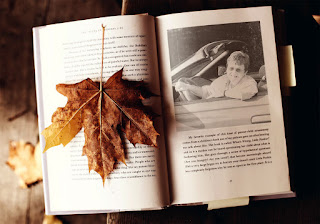 Wishing you a Happy Thanksgiving from J.Q. Rose

Don't miss an update to the Girls Succeed Blog.

Add your email address to the box on the upper right sidebar. I promise, NO SPAM! Thank you.


On Veterans Day, November 11, we honor veterans who served in the U.S. Military. This date also marks the end of World War I when the armistice with Germany was signed at the 11th hour of the 11th day of the 11th month of 1918.


For articles on women in the military, click on the links below:
U.S. Navy Pilot Captain Rosemary Mariner
First Female US Army Infantry Officer--Captain Kristen Griest